Centurion 'Serve No One' review 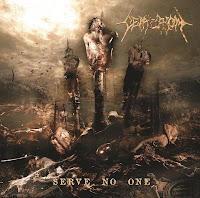 CENTURION
'Serve No One'
(Psycho Records)

Centurion are a vile bunch of lunatics, purely musically speaking. 'Serve No One', their second album, is a constant, 28 minute long, bash-fest of death metal brutality. Right from the opening attack of 'Total Terror' these Polish freaks are making a bold statement that they know the name of their game and not an ounce of rage and intensity would be spared on the listener's expense. Not only that but this is slightly more memorable than your usual band playing the style, Centurion have been honing their craft for over a decade now and, frankly, it shows. Those Morbid Angel/Immolation-inspired guitar riffs and solos are a welcome addition, the vocalist, while guttural, has a knack of coming up with fist pumping 'chorus' lines ('Total Terror', 'Cut The Throat' and 'Thy Portal' all are good examples of this) and the blast are right on target – so much so that I'm starting to believe it's easier spotting a sober Pole on a Friday night than a mediocre Polish drummer. Alright, couple of tracks flew over my head but the aforementioned ones, alongside 'Gateways To Condemnation' and 'No One To Serve' still make for an album worth checking out. Kudos to Progresja Studio for the excellent production job as well. Na zdrowie, panowie! [7,5]
(Vladimir Petrov) 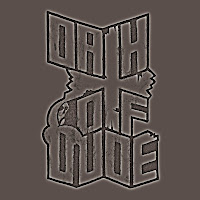 Those on the lookout in the doom scene have been well aware of this band for some time now, and deservedly so, I hasten to add. Ain't it great when one's attention is captivated solely by the music, instead of the, oh so prevalent nowadays, stunts, gimmicks and flashy 'PR' actions (spamming)? That's right it is – and Oath Of Woe's slow, anthemic dirges could very well induce the precious feelings of melancholy, sorrow and inner strength which doom lovers attribute as crucial and a privilege to the best acts of the genre. Hats off to A. Thunbo for coming up with such monolithic sounding 3 song demo and succeeding in capturing an aura that often eludes bands with more experience and/or members. The pacing of these songs allows the listener to pick all these little nuances that add a charm of its own to this band and the vocal chants are a beast of their own – memorable and addictive to a great effect, which is one of the stand-outs there for me. Do yourself a favour and check out this promising band in their prime. Next to the original CD-R in cardboard release (available from the band) this is going to be put out on tape format by Burn Records soon, so if you pledge commitment to the 'Doom over the world' aesthetic - there's a demo you'd need in your collection. [8]
(Vladimir Petrov) 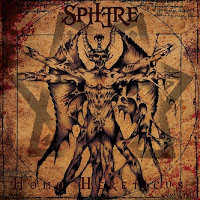 Add yet another jewel to the Polish death metal crown. Sphere are one of those bands that have realized that you can actually mix different influences alongside brutality and sheer aggression, thus keeping things more vibrant and interesting for the listener. I won't be laying and say this is one hundredth percent awesomeness, but I can see myself reaching for this album in the coming future. These guys seem to be fuckin pro's on their chosen instrument and the production makes them justice – drumming is really top shelf stuff, guitars have those little intricacies that makes you pay attention and they've been clever enough to give the bassist his time in the spotlight. And then there's the romantically named Analripper demonstrating his ability of sounding both brutal and coherent at the same time. I can't see why anyone who's been raised on a steady musical diet of Morbid Angel, Deicide, Suffocation and Krabathor would willingly overlook Sphere. That said, my personal fave off 'Homo Hereticus' is the punk/d-beat nurtured 'Sadisfucktion', closely followed by the grindy lead out 'War'. That's just me however. [7,5]
(Vladimir Petrov) 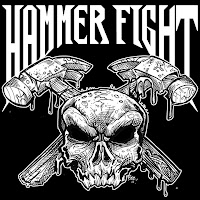 I didn't know much about this band, but damn it! What a killer sound they have, it seems that a lot of bands from USA are ready to kick ass, these guys from New Jersey play heavy rock and roll directly to the vein, 7 songs of pure adrenaline including a great version of AC/DC "If you want blood(You got it)". It's really cool to hear ...a band sound in a such way that makes you grab a beer and bang your fucking head like a maniac, Hammer Fight definitely do a great job in this awesome self-release promo 2011, this is the band the world needs, so what are you waiting for? Go find your beers and enjoy this band, Hammer Fight will smash your skull with no mercy!!!
(Paul Caravasi)
Hammer Fight Facebook 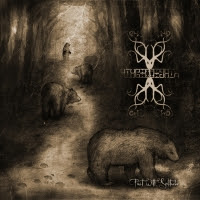 A mysterious beginning around 2004 found the world of utopian.hope.dystopian.nihilism (that's right, all lower case...hmm – ED), the enchanting sounds and absolute originality blend so perfectly when it hits your ears . Elvio Rodrigues, the architect of this band, searched for the extremity of music and mind bringing this album to life , his song 'Self-Inflicted Metamorphosis' is a breath of fresh crisp serenity to my ears... This album may not be for everyone but it definitely warrants attention on all levels, despite the minor lack of production which would of increased this album's eclectic beating blood drenched heart 100 fold. His lyrics need attention but when you heard it you will be entranced. It's definitely worth listening to, so soak up some of this now!
(Alexei) 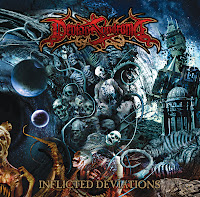 Deviant Syndrome started their journey in Russia 2005, definite melodic death metal. Originality is a little lost with this album but it makes it up with some medium to heavy lyrics. The band is in rhythm with each other, a lot of bands nowadays forget the importance of that. Monstrous jams and underground bands are a dying breed, if any of you like the formidable sounds of Kalmah and Children Of Bodom, then by all means you will mosh to this album. There is a potential for growth musically with Deviant Syndrome . Lets hope we get another album soon.
(Alexei)