Dead River Runs Dry have received rave reviews (like this one here) for their debut demo, 'Winter 2012' - and rightfully so.

Dead Void Dreams' scribe Alice used the chance for a quick chat with the band's guitarist Byron - and here's the outcome:

Alice: First off, I would like to thank you for your time conducting this interview.

Byron: No worries. Thanks for the questions.

Alice: Dead River Runs Dry is a new band, being active for only one year. Do you want to tell us more about your decision to form this band?

Byron: To date, we’ve actually been active for about 7 or 8 months. We recorded the material because it seemed like a good idea at the time and it went from there.

Alice: Your demo 'Winter 2012' is a black metal album, but at the same time is something new concerning its sound. Please, tell us more about these musical compositions.

Byron: I don’t think we’re doing something all that new, really.
I see us as a solid metal band inspired very much by black metal as opposed to something more orthodox in the black metal vein. Playing metal untainted by the essence of black metal is difficult for us to do, so it was inevitable we’d retain aspects of the genre, musically and otherwise. Black metal is obviously a huge part of what this band is, but it’s not the be all and end all. It’s more the ever present, hovering shadow that aids in guiding us. 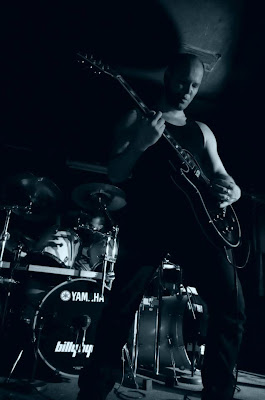 Sonically, there are certain tones which are important to use in the context of our sound. I wanted a big resonating sound on one of my guitar tracks…similar to the one on the album 'Love' by The Cult but less polished…and a more traditional, straightforward, specific ‘metal’ tone on the other track. The kick drums sounded like the blades of a Black Hawk chopper from the outset, and we have the bass rumble beneath the surface in a part low end/part rhythm guitar kind of way, so we didn’t need to do too much in mixing at all. I really like the sound of the demo, we got good results straight away from the pure signals of our respective instruments.

Alice: The atmosphere of the demo is very dark and pessimistic, revealing anger, hostility and misanthropy. Is this final outcome exactly the original idea that you wanted to express with your music?

Alice: What about your lyrical concept? What are the lyrics about and where did you draw the inspiration from writing them? 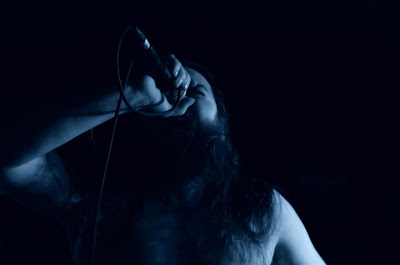 Byron: The previous question is a good indication. Some of the things scrawled out read strangely on paper but took on a whole new level in the delivery. Enter Murmur. Listening to what he recorded was unsettling when heard back for the first time so it was perfect for the rest of the mix.

Alice: Which are the main influences of the band?

Byron: Generally, I tend to go easy on namedropping influences because as soon as you do that people start comparing you to those names. At this point in metal’s history most people are aware of the key bands that make certain genres appealing so I don’t need to repeat them. But I will say that I was listening to a lot of Eastern European stuff around the time DRRD got going musically, Roman Saenko’s bands in particular. There’s plenty of disparate elements that go into this band. We all explore diverse areas and it usually ends up playing a part in our musicianship and sound whether we’re conscious of it or not. I doubt I’ll ever completely move away from the hard rock/heavy metal, early thrash, hardcore punk, doom, primal black, death and general “extreme” metal albums that got me and most people into metal in the first place though. 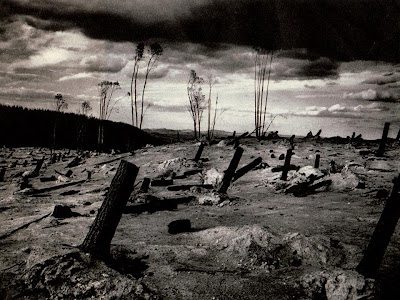 Essentially though, Australia herself is probably the largest influence on DRRD. The bleak unforgiving hostility of her nature, the bizarre and alien landscapes that overwhelm the “civilization” of her outposts or cities, the absurd measures and actions of the political establishment, the entrenched greed of the corporate sector, the restlessness and fury of her oceans and surfing those waves that break in them while constantly realizing how very alone and vulnerable you are…its a source of inspiration that’s endless. To me, that is the real brutality, rawness, fragility and darkness of what we seek to channel in this band.

Alice: For the time being, you’re not signed to any label; your demo is self-released. Is your intention to continue like this, or do you prefer to be under a certain label?

Byron: We’ve gotten a lot of things done for this band in 7 months of being unsigned so that’s reassuring. It’s not surprising though, this is 2013 after all and it’s possible to get your material out there more than ever before. I have no problem self releasing or going the independent route if need be, but we’ve been contacted by a few labels lately so I guess something might happen eventually. There’s talk of a tape release soon of the demo for people who want something tangible, like me. [Make that "us" - ED] 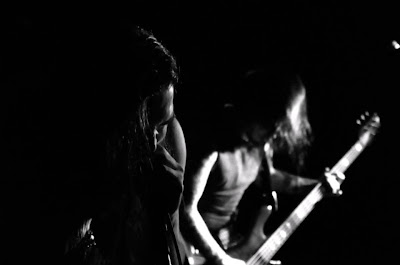 Alice: You’re coming from Australia, a country which is not so known for its metal band tradition. How do you see and evaluate the metal scene in Australia?

Byron: Not sure I understand what you mean by the first part of that question but I don’t really evaluate it, I look at it as any other place with metal bands. Good bands and not so good bands. 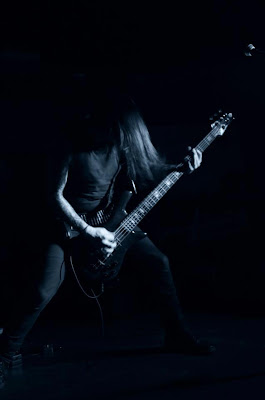 Alice: What are your plans for your first full-length album?

Alice: Have you already arranged any live performance for 2013?

Byron: We’ve got shows lined up in Sydney, Melbourne and Brisbane which should see us through the first few months of 2013. Check here for details: www.facebook.com/DeadRiverRunsDry


'Winter 2012' is available for free download / streaming on Bandcamp.